The Peak
Out-of-this-world view of skyscrapers, the glittering harbour and the green hills of the distant New Territories.

Hong Kong Disneyland
Magic, adventure and the world’s favourite cast of characters await. Embark on a journey with magical adventures for all ages! 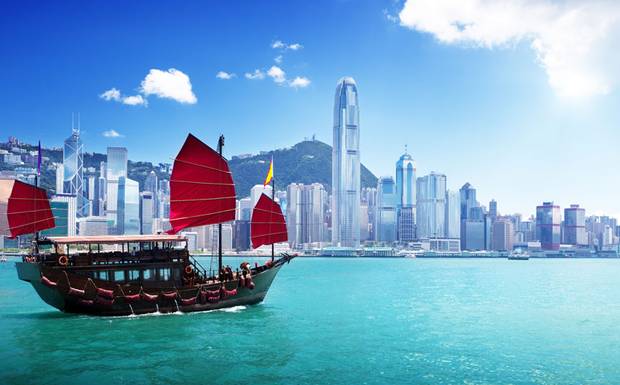 Ladies’ Market
About a kilometre of street-market bustle and clothing, accessories and souvenir bargains

Golden Bauhinia Square (and HKCEC)
The backdrop for the daily flag-raising ceremony, near a world-renowned convention centre

Clock Tower
A landmark from the Age of Steam and a reminder of Hong Kong’s colonial heritage.

Tsim Sha Tsui Promenade
Take a walk on the bright side! Stroll along the waterfront with your eyes locked on one of the world’s most spectacular city skylines.

Hong Kong International Airport is the main airport in Hong Kong.
It is located on the island of Chek Lap Kok, which largely comprises land reclaimed for the construction of the airport itself.

The airport is also colloquially known as Chek Lap Kok Airport to distinguish it from its predecessor, the closed Kai Tak Airport.

The airport has been in commercial operation since 1998, replacing the Kai Tak Airport.

It is an important regional trans-shipment centre, passenger hub and gateway for destinations in Mainland China (with 45 destinations) and the rest of Asia.

The airport is one of the hubs of Oneworld alliance, and it is also one of the Asian-Pacific cargo hubs for UPS Airlines.

It is a focus city for many airlines, including China Airlines, and China Eastern Airlines. Singapore Airlines, Ethiopian Airlines, and Air India use Hong Kong as a stopover point for their flights.