WHERE TO GO IN WINTER?
Where to go in winter in Europe, the cold, the rain, the low temperatures and short sunny periods do not encourage travelling.

The better destinations include the ski resorts in the Alps and the Pyrenees (France, Switzerland, Italy, Austria and Spain) or for those who feel the cold more Andalusia still has reasonable sunshine.

In Asia the season is still favourable for visitors! Thailand, Vietnam, southern China (the north however can still be icy at this time), Burma and India are still sunny with reasonable temperatures and less tourists during this time.

In Africa the north is still cool, good for discovering the Sahara but not recommended for those wishing to visit the beaches. Towards the south, in Kenya, Tanzania or South Africa, the high season is starting but with a risk of excessive heat on the east coast.

In America, we would suggest Central America, South America and the Caribbean (for example: Mexico, Brazil, Venezuela, Argentina and Chile). The U.S. deserts are still pleasant at this time before the scorching summer heat arrives.

For skiers, the French and Spanish Pyrenees have plenty of small family ski resorts with good snow and reasonable prices even during the festive season.

Southern Australia will certainly satisfy those with a taste for adventure down under as it’s entering its summer season. The ideal time for surfing, swimming and meeting the koalas, emus and opossums, not forgetting the famous laughing kookaburra.

Between those two destinations we find Senegal; a stopover warmed as much by the weather as the smiles and sunny dispositions of the people.

WHERE TO GO IN SPRING?
Where to go in springIn Europe, the weather is becoming favourable for travelling: The amount of sunshine is increasing steadily throughout the continent; the Mediterranean coast is starting to benefit from warm temperatures and the sea is becoming pleasant for swimming.

For certain countries in the south, such as Spain and Greece, spring is the best time to visit: Neither too hot or too crowded with tourists. Andalusia, Crete, Malta and the south of Italy are good choices right now. Northern countries are becoming appealing although still a little cool. The Scandinavian countries boast endless days and holidays without nights right now!

In Asia, the weather is becoming far less agreeable: Heat waves are starting to be experienced in numerous countries. India, Thailand and Burma are extremely hot right now, enough to cause hundreds of deaths each year. China and Japan are more welcoming even if conditions are still a little trying at times. The monsoon season will settle in towards the end of spring across this area with the exception of only a few areas such as Indonesia or Tamil Nadu in India. It’s a great season for visiting Australia or the southern islands of Indonesia.

In Africa, this season is ideal for the countries of the Maghreb which are experiencing sunny weather with pleasant temperatures, like all the Mediterranean countries. In the extreme south, daylight hours are starting to diminish although the weather is still pleasant.

In America, we would suggest North America or Central America down to northern Brazil, basking in warm sunshine at present at the beginning of a pleasant climatic period. California, Mexico, Cuba, Guatemala and Venezuela are definitely worth considering at this time. The further south you go the more the season tends towards southern winter, often very humid.

If you wish to visit Europe, go to Portugal and enjoy summertime temperatures with a refreshing Atlantic breeze, or visit Scotland which is rarely as beautiful and warm as it is during spring in the month of May.

If you dream of tropical destinations then Reunion should satisfy your desires for summer weather and exoticism.

A little closer to Europe but also somewhat different in character, it is a great time to venture inland near the deserts at Tozeur in Tunisia or visit the Jordan valley just before the scorching heat of summer, it is currently experiencing warm sunshine with noticeably absent rain. 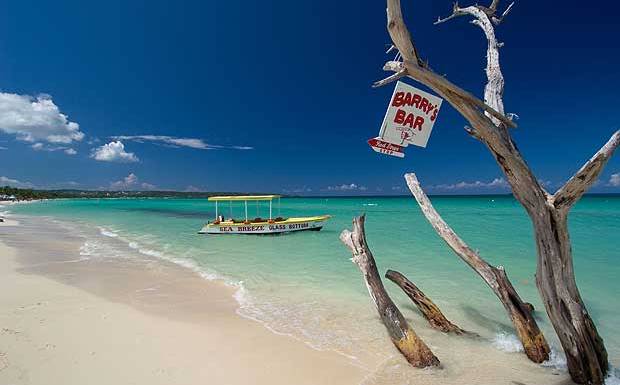 WHERE TO GO IN SUMMER?
Where to go in SummerIn Europe, it’s the height of the peak season! Millions of holidaymakers from around the world invade the beaches and countryside of Southern Europe. The climate is great for travel for just about the whole of the continent with just a few areas effected by extreme heat (Andalusia, Southern Italy, Greece etc..)

The north of Europe is lovely, summer is the ideal time to visit those countries that are generally considered a little cold and damp such as Ireland, Scotland or Holland.

In Asia, this season is considered the least favourable: The monsoon season is at its height over the majority of this area with the exception of only a few countries (Kerala or Tamil Nadu in India, Bali and the southern islands of Indonesia, the north of Australia etc…). Everywhere else a hot, moist and very humid climate prevails.

In Africa, the Maghreb countries are invaded by tourists, the climate is hot (sometimes extremely hot close to the desert) and dry, the Atlantic coast of Morocco is pleasant thanks to the ocean influence. Further to the south it is the rainy season and it is only along the latitudes of Kenya and Tanzania that the climate becomes favourable to visitors.

In America, the north is generally hot and dry (sometimes extremely hot in the deserts towards the west of the USA). Central America experiences a short rainy season at this time but towards the south the conditions are more favourable.

For all the continents, September is generally the best choice: The end of the monsoons, no more heat waves, less tourists and lower prices. Don’t hesitate to take your holidays in September when there are only advantages.

Corsica is perfect right now for those looking for paradisiacal beaches with turquoise water, although close to mainland Europe it will feel like you are on the other side of the globe!

It is a great time to discover northern Europe, particularly somewhere such as Iceland where the sun does not set during this period.

For those wishing to go down under, Australia is great right now. The sea may be a little cool for swimming but the weather is still very pleasant and you could even go skiing in the south where it is right in the middle of its winter season!

WHERE TO GO IN AUTUMN?
Where to go in AutumnIn Europe, during the beginning of autumn, Mediterranean destinations are still pleasant: The south coast of Turkey, southern Italy and Spain as well as the southern Mediterranean islands (Cyprus, Crete and certain Greek islands).

Towards the end of autumn it will be more difficult to find sunny destinations in Europe.

In Asia, the best season is just starting! From the month of October, Thailand, Vietnam and the south of China or India will be very welcoming with a climate that is once again very pleasant now the monsoon period is easing.

In Africa, the north is also very enjoyable with temperatures easing after the summer heat waves. The inland towns of Morocco, the Tunisian desert and Egypt are seeing a lessening in the number of tourists and a pleasant but not overwhelming heat. More towards the south, Senegal, Madagascar and South Africa are entering a sunny period.

In America, we would recommend Central America, South America and the Caribbean where the rainy season is coming to a close (for example; Mexico, Brazil, Venezuela, Argentina and Chile). The end of autumn is also a great time to visit Death Valley and the deserts of the United States.

Turkey is a very pleasant destination at this time of the year after the high temperatures of summer, especially if you wish to visit other areas than the coast.

Cyprus with its Mediterranean climate offers you warm temperatures even in October.

If you would prefer visiting some Asian countries then India is entering into its tourist season, Mumbai and Calcutta have excellent climatic conditions right now.