Today’s frequent flyer (FF) programs offer benefits above and beyond free air travel and, you can earn miles without even traveling anywhere.

The frequent flyer program is an incentive program operated by an airline to reward customers for their continued loyalty.

As a traveler, you earn free miles for the miles that you fly on a particular airline.

The concept behind frequent flyer programs is that the airlines want their passengers to become lifetime customers.

It is much more costly for the airlines to get new customers than it is to retain the ones they already have. So how do they reward you? The more frequently you fly with them, the greater your awards.

It all started in 1981, when American Airlines introduced a program called AAdvantage.

Their purpose was simple: to reward customers for using the airline and promote future customer loyalty.

American started the program by using their customer database.

They tracked the members’ number of flown miles and put together a reward system of “a mile earned for a mile traveled.” To round out the array of services for the travel customer, American also included Hertz rental cars and Hyatt hotel stays in the program. It was an instant success.

United Airlines almost immediately debuted their Mileage Plus program and upped the ante by offering an “enrollment bonus” of 5,000 miles! As expected, the other major domestic airlines soon followed suit. 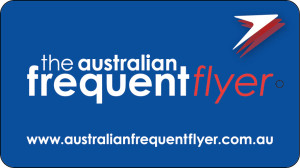 Next, the hotel industry entered the game.
Initially, they merely participated as “partners” in the airline programs.

The rental car industry initially participated by becoming a partner with the airlines. As the costs of the relationships with the airlines rose, Hertz, the early leader, withdrew from the FF relationship. However, when their market share dropped drastically, they rejoined.
Hertz now collaborates in more than 60 FF programs (domestic and international partners combined).

In today’s market in addition to the many airline partner programs, there are several airline alliances (more about these alliances a little later).

Another perk in today’s frequent flyer market is that you can also earn “miles” or “points” (points can be redeemed later as miles) for other travel and non-travel transactions.

Travel transactions can include hotel stays, rental cars, and more. Non-travel-related awards include credit card purchases (you earn at least one mile, if not more for every dollar charged), long-distance telephone services, even mortgages and stock trades!

Finally, shopping at certain stores, both brick-and-mortar and online, also provides an opportunity to “rack up” those miles.

Your frequent flyer miles reside in your account — much like your dollars in the bank. They accumulate as you travel, although unfortunately they don’t earn interest.

At this time, most of the larger domestic airlines use a fairly uniform policy: mileage does not expire, but there must be some activity in your account once every three years.

The airlines may change their mileage expiration policies, so you should read their most current guidelines. When the mileage total reaches a certain amount, you can “redeem” them for an award, usually air travel.