The Airbus A350 has only reached delivery stage for about 14 months, but since the first aircraft went to Qatar Airways just before Christmas 2014, new deliveries to new customers start to get a bit of a routine at Airbus.

When aircraft number 16, MSN 026, A350-941 registered 9V-SMA, was handed over to Singapore Airlines (SIA) on Wednesday, the buzz was considerably less than before. Even more so in comparison to the last milestone delivery for SIA in Toulouse, the first-ever Airbus A380 in the fall of 2007. 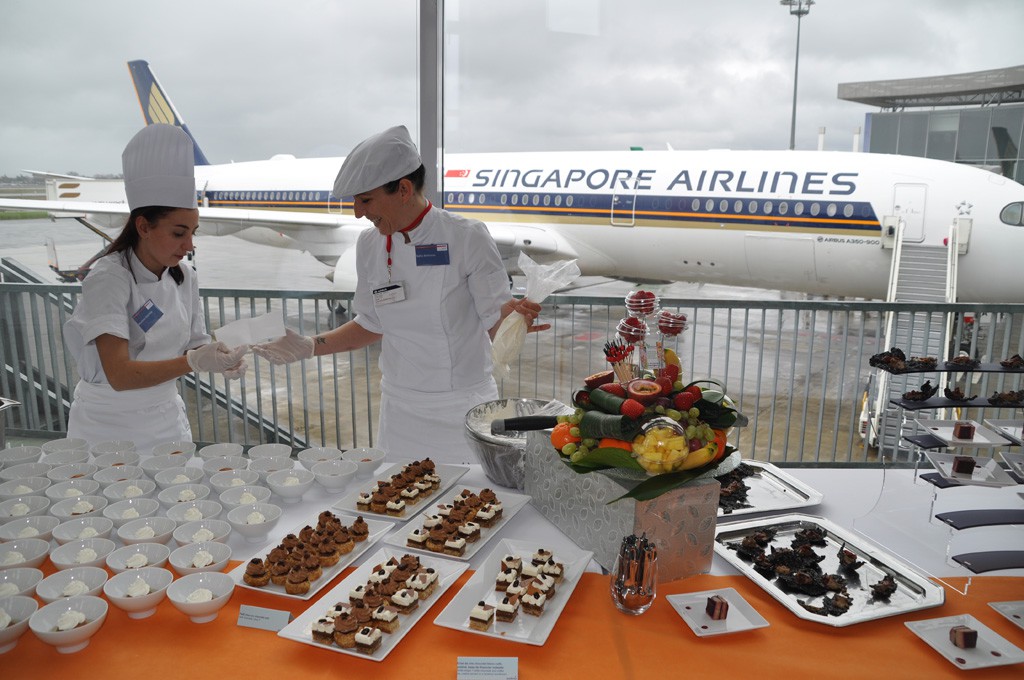 With the first A350 for the Asian quality carrier, it was almost a low-key event for Airbus and SIA standards.DSC_0179Adding to that was that Airbus’ top brass was in China at the time, breaking ground for a new A330 completion center in Tianjn.

Didier Evrard , EVP Programmes at Airbus and former Head of the A350 Programme, was the master of ceremonies on the manufacturer’s side back in Toulouse. “Having SIA as a customer is the strongest possible endorsement of the A350”, remarked Evrard during the handover ceremony.

For SIA, the A350 is a truly new dimension. “In the last five years, we had very little expansion on long haul, we didn’t have the right aircraft with the right efficiency to expand in a commercially viable manner”, said SIA-CEO Goh Choon Phong in talking to AirwaysNews.

“The A350 is a game changer for us because it is this particular aircraft offering us the right size, efficiency and cabin to add more capacity on long haul.” In fact, the A350 will open up a new route for SIA, from Singapore to Düsseldorf, Germany, in July this year. “That would have been difficult to serve for us without the A350”, adds Goh.

The A350s 253 seats (42 in Business Class, 24 in Premium Economy and 187 in Economy) are just about the perfect size to establish new routes off the trunk routes or add more frequencies with extra flights to existing destinations.

The first long-haul route for the new aircraft in the SIA fleet will be the service to Amsterdam from May 9th, replacing a Boeing 777-300ER.